Getting the best out of the BBC - mostly!

Church of the Saviour
Every Sunday:
Morning Worship 9:30am

Click for Full Details
Oak Hill Theological College
From the website:
'Oak Hill aims to provide the best possible training for gospel ministry. We want you to increase your knowledge of God and his Word, and develop your ability to share that knowledge with people around you. At the same time, we want you to mature as a Christian and show Christ to others in all that you say and do.'
Click to discover more about Oak Hill 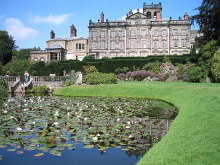 Biddulph, Biddulph Grange Gardens, Staffordshire © Ian Mitchell
Click to create an instant advert on this page and appear on -
Focused, cost-effective advertising taken to a new level from £37.50 per year!

Dating around Stoke-on-trent!
We have one of the UK's largest dating websites - focused on Stoke-on-trent!  There are mature, all age, Asian and Christian singles just waiting to hear from you. Browse and upload your profile FREE !
Covid Virus Update
CLICK for Cases in Chell & Chell Heath 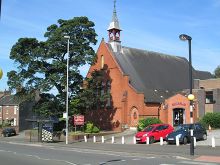 Want to advertise on this website? Create your advert now.

Download latest RealPlayer file needed to access BBC programmes. Be patient it will take a few minutes – but will be worth it! Once you have RealPlayer on your computer it will be used for all future sessions. You will of course need a sound card and speakers for your computer.
More Information
Top

This IPlayer link also allows you to instantly navigate to any BBC Radio station.

Listen to Radio 1. This is the BBC's pop music station. The channel was born out of the Pirate Pop Stations of the 1960's. All the DJs and of Radio Caroline etc migrated straight over the the new BBC Radio 1 when it started broadcasting on September 30, 1967
More Information

Listen to Radio 2. The BBC says "Amazing music. Played by an amazing line-up. The home of great music, entertainment and documentaries". We would say mostly non classical music for the 30 plus age group!
More Information

Listen to Radio 3. Classical music - all of it including modern classical music. Personally go to Classic FM for the classics and things I might know. Watch out for Composers of the week). You might get a whole week of Beethoven or someone really good at music! (Go on write in and tell me off!) The great thing is that everything is on Radio 3. You can always switch over.
More Information

Listen to Radio 4. For those who don't know Radio 4 is essentially one of the few purely speech based channels not only in the UK but the world. It has an extraordinary reputation for quality news, current affairs, drama, culture and comedy programming. Don't forget that you can catchup on BBC Iplayer if you miss something - See more at: http://master.2day.uk/section/Radio#sthash.YMRYyUwu.dpuf
More Information

If you can't get FM or digital click below to go straight to Radio 4 Longwave. Also if you want to hear Test Match Special in its' entirety this channel will be your best choice.
More Information

Listen to Radio 5 Live. Sport, News and crucially another way to hear Test Cricket if you don't do Long Wave
More Information

Classic FM - Not the BBC but excellent

Initially Classic FM. was a 'really popular' classical music introduced by actors with throat problems. Additionally many of the performances played were 'racey'. However that has all changed. The people introducing the music now often know about it - and don't seem to have throat issues. The performances can be great and the music is usually more accessible than that on BBC Radio 3. You will get used to the ads?
More Information
Tools
Contact Us
Administration
Set as HomepageCreate an Instant WebsiteCustomise This Website
Information Pack CoverAddress BookArea Map
Site Hits: 75 today, 69 yesterday, 1,417 this month, 1,375 last month, 382,249 total
System Hits: 82,757 today, 195,454 yesterday, 3,708,148 this month, 4,793,661 last month, 1,571,253,127 total